How to slash GHG emissions in the freight sector? Policy insights from a technology adoption model of Canada, Billy Hammond, 2019

Simulating the role of recharging and refueling infrastructure in the uptake of zero emissions vehicles in Canada, Amy Miele, 2018

Does a region need its own zero emission vehicle mandate, or can it free-ride off another? Modelling British Columbia and California, Maxwell Sykes, 2016

Socio-political acceptance of smart grid as a tool to mitigate climate change: the case of British Columbia, Derek Peters, 2015 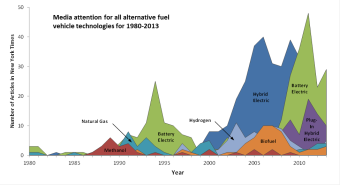